To aid, foster and promote the preservation of the Arabian and Half-Arabian horse.

To provide opportunities for club members and juniors to share their love for these horses by providing venues for (but not limited to) shows, trail rides, speakers, educational programs and social activities.

To educate others in the virtues of owning Arabians and Half-Arabians and to promote the enjoyment of these horses.

Welcome to Golden Gate Arabian Horse Association (GGAHA), serving California's San Francisco Bay Area and Sonoma County Arabian horse enthusiasts. GGAHA was formed in the mid-1950's by 14 horsemen in Novato, California. During the past 65 years, GGAHA has continued to grow in size with members coming from Marin, Sonoma, Napa, and Mendocino counties as well as other areas of Northern California. Our goal is the promotion and preservation of the Arabian and Half Arabian breed and providing Class A horse shows and other activities in the region. 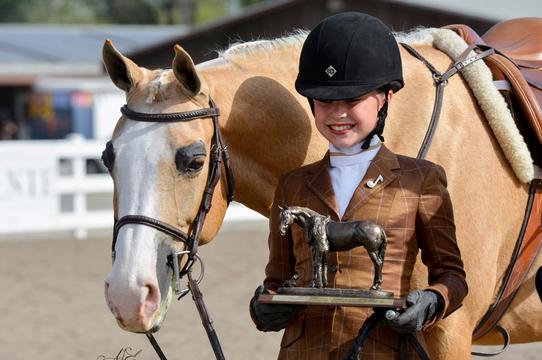 A horse doesn't care how much you know until he knows how much you care. Put your hand on your horse and your heart in your hand.
~Pat Parelli

Golden Gate Arabian Horse Association (GGAHA) was formed in the mid-1950's by 14 horsemen in Novato, California. They held monthly meetings in members' homes as well as at the Rancho Rafael in Novato. At that time to belong to GGAHA you were required to own an Arabian horse. The goals of the new organization were to promote the Arabian breed and to have Arabian Horse Shows. Thus in 1958 the GGAHA June Show began and it has been held each year since at the Sonoma County Fairgrounds in Santa Rosa, California. GGAHA also sponsors Open schooling shows and other various activities, held at various locations in the North Bay.

During the past 40 years, GGAHA has continued to grow in size with members coming from Marin, Sonoma, Napa, and Mendocino counties as well as other areas of Northern California. Members are no longer required to own an Arabian horse; however, the goals of promoting the Arabian breed and providing Arabian horse shows remains the same. A youth organization, The Golden Gate Junior Riders, composed of youth members of GGAHA has been active in providing the color guard for the horse shows. They have monthly meetings and have had Halloween and Christmas parties as well as trail rides.

Golden Gate has monthly board meetings which are open to all members and annual general meetings held at various locations. The general meetings usually have a speaker and a program of interest to horse owners. The club has an annual family Christmas party in December and the annual trail ride/BBQ dinner in the summer. We also provide a Bi-Monthly newsletter sent to every club member with information about club and members' activities, as well as Regional and International activities. If you're interested in joining Golden Gate or would like further information about the club, please click HERE.